Our farm's history goes back to almost four hundred years. How much water has passed through the sinuous Huaura river, how many trees have grown and produced in more than three centuries of history… History that includes the political life of this beautiful country. It is well-known that thru these warm valleys passed Don José de San Martín, liberator and Supreme Protector (same as President) of Peru. He did have a house in Sayán and sometimes when the night fell en route, he did sleep in “Quipico”, name of the ruins that are at the base of the surrounding hills. It was Don Francisco de la Guerra y Daga who in 1650 commanded the building of the “San Juan de Quipico” chapel. Beside the years that have gone by, the decrepit state that the chapel is today was caused by the earthquake that took place in 1970. A few meters away, the old mansion from the Republican era is preserved. It was built during the last decades of the XIX century. Both constructions, house and chapel, have been declared Historic Monuments as per the decree law Nº 505-74-ED, from October 28, 1974. The restoration of these historic constructions is amongst the plans of the current owners. Of course! So many stories and so many happenings cannot be permanently forgotten!. Source: Sayan Municipality 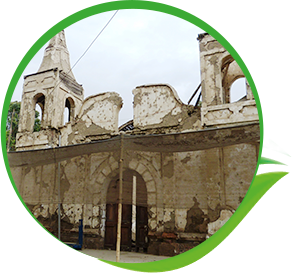 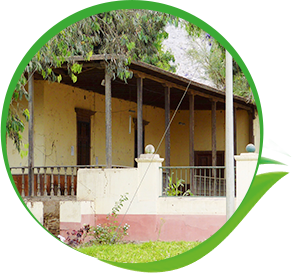 It is a renewed agricultural farm with ambitious growth projects. It possesses a modern infrastructure that makes it the most important farm in all the valley of the Huaura river; not only in commercial production but also in becoming an important work provider for the villages that are nearby. Part of these ambitious expansion projects are seen in the addition of farming soil as well as in the permanent training given to the staff by Peruvian and foreign experts. The main production –supervised by SENASA– is at present of various types of tangerine that are exported in its majority. Besides, the nutritious quinoa is becoming a very important part of our production. By 2017 we should start the production of avocados, also known as aguacate, of the Hass variety. All this is within a plan to diversify the crops. There’s a solid team of agronomists engineers that are in charge of permanently improving the production and quality. All included in a safety plan and environmental care. This team is accompanied by staff that is qualified in different supporting areas in order to give you a better service and product. 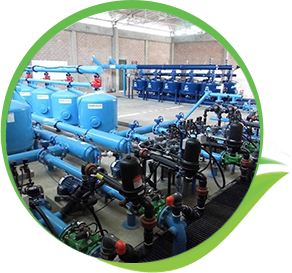 To generate an efficient and profitable agro-industrial business by means of the production and export, being thus obtained to become one of the main producing companies and exporting agriculturists of the central coast of Peru.

To permanently enable the administrative and productive personnel to implement the use of the most efficient and modern technologies. To contribute with the regional development to the being an important source of direct and indirect work, always respecting environment. To contribute to the market with a product of good quality.